Benefits of Drinking Coffee for Health 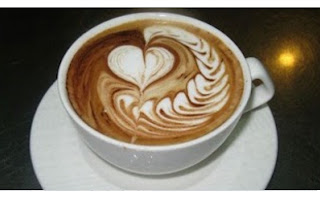 Morning, noon, afternoon, evening, coffee. Behind the enjoyment of drinking coffee was the coffee is good for your health even coffee contain caffeine which can cause anxiety and insomnia in some people, but coffee also contains antioxidants that are more powerful than any other source. This is what makes the coffee is very good for health. Some of the benefits of drinking coffee for health, consider the following:

1. Coffee may lower risk of type 2 diabetes
Many research results have shown that, for coffee drinkers without sugar, the less likely to develop type 2 diabetes. According to a study, postmenopausal women who drink at least four cups of coffee a day had less than half the risk of developing type 2 diabetes.
In fact, each additional cup is estimated to reduce the risk of type 2 diabetes by 7 percent. The study was conducted by researchers in Australia in 2009 and has been published in the Archives of Internal Medicine. Coffee thought to increase the body's tolerance to glucose by speeding up metabolism and increase insulin tolerance.
Coffee consumption increased levels of a protein called sex hormone binding globulin (SHBG), which seems to offer protection against type 2 diabetes in people who have a specific type of genetic mutation.

2. Coffee can fight cancer cells
There has been evidence that coffee may protect against certain cancers, possibly by enhancing DNA repair. Several studies have found an inverse association between coffee consumption and risk of liver cancer.
Researchers found the same benefits from drinking coffee than other forms of cancer prevention. In 2011, the Harvard team found that women who drink several cups of coffee a day had a lower risk of endometrial cancer.
Another study in 2011 at Harvard reported that, for the men who consumed six cups of coffee a day, the risk of lethal prostate cancer fully 60 percent lower, and the risk of any type of prostate cancer is 20 percent lower.
Other studies have linked coffee drinking with a reduced risk of colon cancer, rectal cancer, cancer of the mouth and throat cancer. Coffee contains hundreds of chemical compounds, such as antioxidants and anti-inflammatory compounds that can reduce inflammation markers to the breakage.
Highly active antioxidant compounds, such methylpyridinium, found almost exclusively in coffee, because the process of roasting coffee beans. Espresso has 2-3 times the amount of anti-cancer compounds.

3. Coffee may reduce the risk of dementia (dementia)
Scientists do not yet fully understand what causes changes in the brain associated with Alzheimer's disease. But scientists are learning more about the risk factors for dementia and drinking hot coffee seems to reduce the risk.
People who consume 3-5 cups of coffee a day 65 percent less likely to develop dementia. Researchers believe the antioxidant properties of coffee can work to reduce the forms of vascular dementia. Drinking coffee has been known to protect against type 2 diabetes, a chronic disease that increases the risk of dementia.
Animal studies have shown that caffeine in coffee can increase the efficiency of the blood brain barrier, thwarting the negative effects of high cholesterol on cognitive function. It's also possible that coffee drinkers just have more energy and move more. Researchers suggest that exercise also is protective against dementia.

4. Coffee may lower risk of depression
According to a study by the consumption of coffee can reduce the risk of depression. Researchers from the Harvard School of Public Health reported that people who drink four or more cups of coffee per day had a 20 percent lower risk of depression. People who consume 2-3 cups a day had a risk of about 15 percent lower.
There is also some evidence that coffee protects against depression in men. Drinking coffee may cause an increase in short-term energy and mood. Caffeine in coffee is a substance that may cause these effects. The Harvard researchers saw a similar reduction in depression among people who drink caffeinated soft drinks.
Brain receptors that react to the caffeine found in the basal ganglia. The basal ganglia of the brain where the neurotransmitter is important for depression are concentrated. Repeated receptor stimulation may help protect against the development of depression.
Newer Post Older Post Home